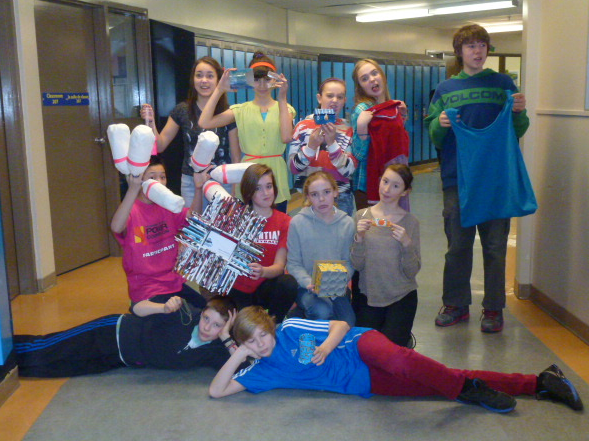 A special thank you and a Northern CEDC experience

A special thank you from the contest sponsors

For the last three months, the Classroom Energy Diet has aimed to increase energy awareness among Canadian students. As Canada’s energy landscape changes, it has never been more important to teach future generations the importance of energy literacy and conservation. Without dedicated students and teachers, like the participants of the Classroom Energy Diet Challenge, this task wouldn’t be possible. On behalf of Canadian Geographic Education and Shell Canada, a special thank you to the teachers who educated and empowered a future generation. We hope to see you all in 2015!

A CEDC experience in the North

The biking conditions in Yellowknife are getting a little muddy this time of year. But that doesn’t faze Denis Légère, a grade seven teacher at École William McDonald Middle School. The first-time Classroom Energy Diet Challenge participant would rather ride his bike than drive a ski-doo or four-by-four truck.

A self-proclaimed environmentalist, Légère takes every opportunity to engage his students in environmental lessons.

“Every chance I get, either in my community or in my school, to talk about the environment or anything related to it, I take it,” said Légère.

As leader of the school recycling green team, Légère saw the Classroom Energy Diet Challenge as a mere bonus to his other green initiatives. His classroom is a diverse one: two students are from Africa, one is from the Middle East and one student is from Asia — as well as several students that live off the grid in Yellowknife. The class also speaks French 25 per cent of the school week.

Because of this diversity, Légère says his students often arrive at interesting discussions involving energy and the environment. One such discussion, a topic for Canadians as well as Northerners, is the Alberta oilsands. The Slave River runs directly through Alberta and empties into Great Slave Lake, one of South-central Northwest Territories’ main freshwater sources.

“Every kid has a different perspective or opinion on the different energy sources out there,” said Légère.

A standout moment for Légère was when his students participated in a class assembly featuring a guest speaker who discussed well digging in Africa. After the presentation, each student in Légère’s class stood up and told the school just how much water went into producing various food products. A simple egg has a water footprint of 200 litres and a kilogram of milk uses 1,020 litres of water to produce.

“You could just see the kids talking amongst themselves and they were shocked at how much water it really takes,” he said. “It’s great to be able to spark discussion on this topic.”

Légère’s class is one of the only northern classrooms to participate in the CEDC challenge this year. For Légère, it’s not that teachers have a lack of interest in teaching energy issues in northern Canada, it’s that there are too many programs offered.

“There are so many things going on in the schools that you have to pick and choose and unfortunately, the environment usually takes a hit.”

Légère teaches his students how to think about energy and the environment in the hopes that his lessons will stay with them well into high school, and hopefully into their adult lives.

“I believe in global warming, and that it’s happening and it’s a major issue that we will all have to deal with it eventually,” he said. “So, why not start now?”