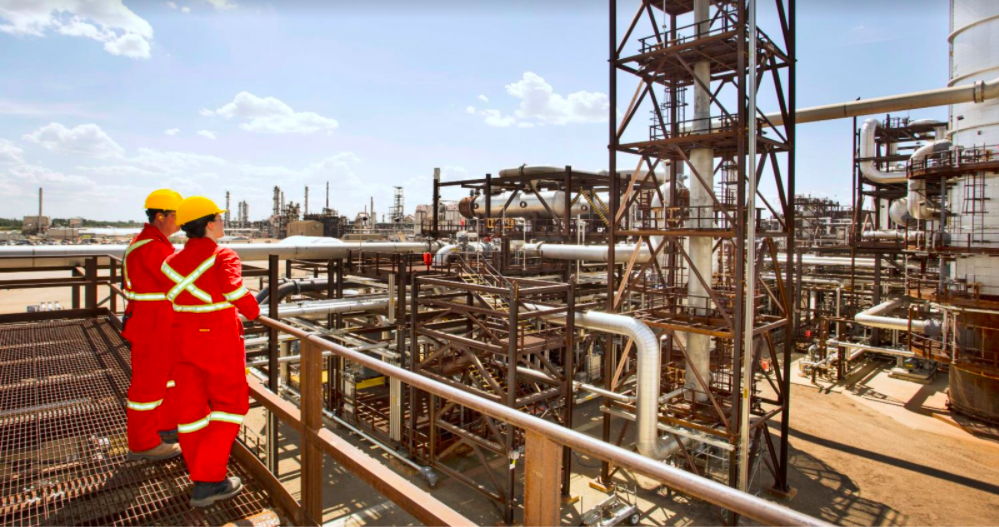 Carbon Capture and Storage in Alberta

We get gasoline and diesel fuel from crude oil through a process called hydrogen addition. The biggest byproduct of this process is CO2, which contributes to greenhouse gas emissions. Shell has threehydrogen plants at their Scotford facility, near Fort Saskatchewan. In 2015, they opened the Quest facility to capture CO2 byproducts from their plants. Quest is a Carbon Capture and Storage (CCS) facility, dealing with capturing, transporting and storing CO2.

Why is CCS important?

Energy demand will increase in the future, especially in less developed countries. To meet that demand, renewable energy will continue to grow, making up a bigger part of the energy mix. However, there will be some continued reliance on fossil fuels. Investing resources and research into renewable energy is essential, but CCS provides one possible way to reduce the CO2 emissions of fossil fuel industries, taking another step towards a cleaner energy future. Quest can capture one million tonnes of CO2 per year, which is equivalent to emissions from about 250,000 cars, according to Shell.

How does it work?

A substance called amine is used to grab the CO2, sticking to it like Velcro. This mixture goes to a place where the amine is separated out from the CO2, and the CO2 is sent to a compressor. The compressor turns the CO2  into a liquid-like state. Shell has a 65-kilometer pipeline that transports this CO2 to their well site. At the well, the CO2 is pushed two kilometers underground into a layer called the Basal Cambrian Sands. This sandstone layer has little pore spaces in-between the sand particles and works like a bucket of sand. If you were to pour a cup of water into it, instead of overflowing, the water would fill the tiny spaces in between.

Are there safety concerns with CCS?

Unlike fracking, which uses drilling and water pressure to release gases, CCS leaves impermeable layers, like shale, intact so that they can lock in the CO2 underground for permanent storage. CO2 is not the most dangerous substance to be put into a pipeline, in the sense that it isn’t flammable and doesn’t explode, but if it were to leak it could displace the air above it, making it toxic for breathing. To reduce the risk of this happening, the Quest project has valves in the pipeline that would shut it down and control the release of CO2.

How can I connect this information to the CEDC?

Green Innovations: Use this information as a way to introduce energy issues in Canada and as a discussion point for when students begin to create their own innovations. Ask students about the type of energy we use and how much of it we use. Shell’s CCS is an innovative project that aims to capture CO2. Ask students what issue their invention will solve.

Get Growing: For older grades, have student reflect on how Shell’s CCS helps the carbon offset of Canada. After they have reviewed this post, have them draw a diagram on how this facility works.