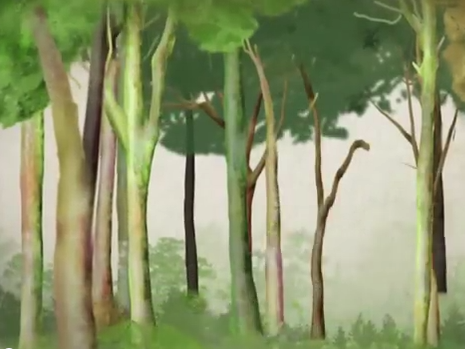 Celebrate the International Day of Forests on March 21

The second annual International Day of Forests held on March 21 celebrates the importance of the world’s forests and aims to raise awareness for their sustainable management and conservation.

Did you know that Canada is home to 10 per cent of the globe’s forests? Here are some other surprising facts about forests and trees in Canada:

1. A forklift operator in a Toronto-area warehouse found the first Asian long-horned beetle, an invasive species to Canada’s hardwood trees like elm and maple.

It was first discovered in the 1990s in Chinese packing materials. The beetle can kill a tree in one to two growing seasons and the only way to contain the damage is to cut and destroy the infected trees. Today, infestations exist outside the Toronto area.

2. In order to offset one person’s carbon emissions for a year, 35 trees would need to be planted.

The average rural Canadian tree absorbs 0.58 tons of carbon over an 80-year lifespan.

3. An anti-cancer compound called taxol was discovered in the bark of the Pacific Yew, an evergreen tree found along British Columbia’s coastline.

Currently, taxol is an active ingredient in drugs used to fight ovarian and breast cancer, but the compound is being tested for use against other types of cancer. The drug made from taxol can cost up to $100, 000 for each patient, depending on the number of treatment cycles.

Our country also has 10 different species of maple trees.

5. According to Natural Resources Canada, 68 per cent of Canada’s forests are coniferous, 16 per cent are mixed wood and 11 per cent are deciduous.

6. There are many different meanings associated with flowers and trees. The practice of creating these meanings came from the Victorian tradition, as a way of sending subtle messages through flowers and plants.

Here are a few meanings for some Canadian species:

8. The Canadian tree with the highest level of legal protection is planted in Kitchener, Ont.

Planted by William Lyon Mackenzie King’s father, this tulip tree still grows in Kitchener’s Woodside National Park. The tulip tree is a native species to Canada, however it is only found on the south shore of Lake Huron, the north shore of Lake Erie and on the Niagara Peninsula.

Watch a video about the International Day of Forests at http://www.youtube.com/watch?v=gnMgNt3122I.