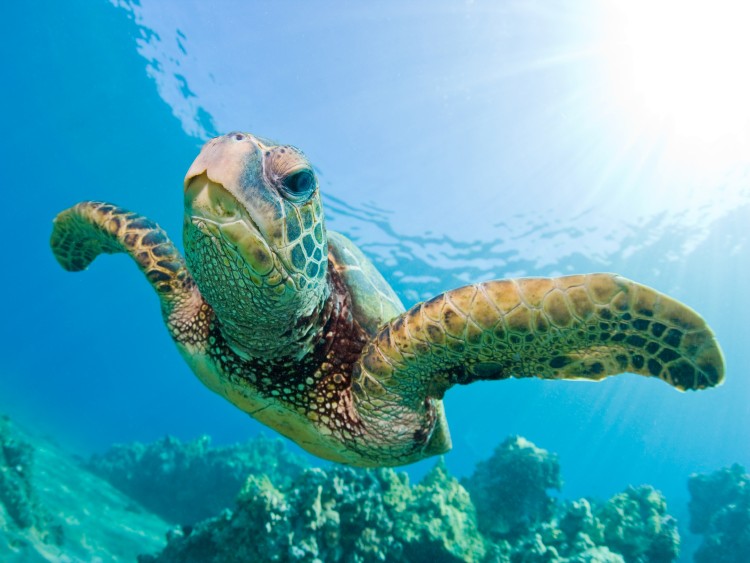 A co-worker of mine recently visited Maui on a family vacation and was surprised with the island’s sophisticated sustainability activities. When she came back to the office, she filled me in on the details and I couldn’t think of a better time to share Hawaii’s incredible environmental efforts than during Earth Week – proving that the movement is global!

Most significantly, Hawaii recently became the first entire state in the United States to ban single-use plastic shopping bags. The ban arose from concerns for Hawaii’s wildlife and to reduce the amount of waste found in and along the ocean and landfills. Businesses including grocery stores, retailers and restaurants have until July 2015 to replace all non-recyclable paper bags and non-biodegradable plastic bags with reusable bags. The ban only applies to “check-out” purchases, which means that consumers will still be allowed to use plastic bags for purchases such as bulk items and prescription medications; however, it is certainly a move in the right direction. Hawaii is now actively encouraging its residents to use reusable bags and stressing the importance of being responsible for the future of the beautiful islands.

We can easily follow Hawaii’s cue as part of our individual Earth Week efforts, many Canadian retailers now use creative reusable bags for their purchases, which make for great lunch and shopping bags.

Another innovative measure is being developed in Honolulu and is called, Deep Seawater Air Conditioning. Although this system is still in its early stages, it involves piping in cold seawater from about six kilometres offshore to cool Honolulu office buildings, ultimately reducing the carbon dioxide and energy required to cool buildings. What a great idea to use the bountiful amounts of water at Hawaii’s feet as a form of air conditioning!

We love hearing about places around the globe that value reducing their environmental waistlines as much as we do at the CEDC, please share any interesting facts you know. Aloha!