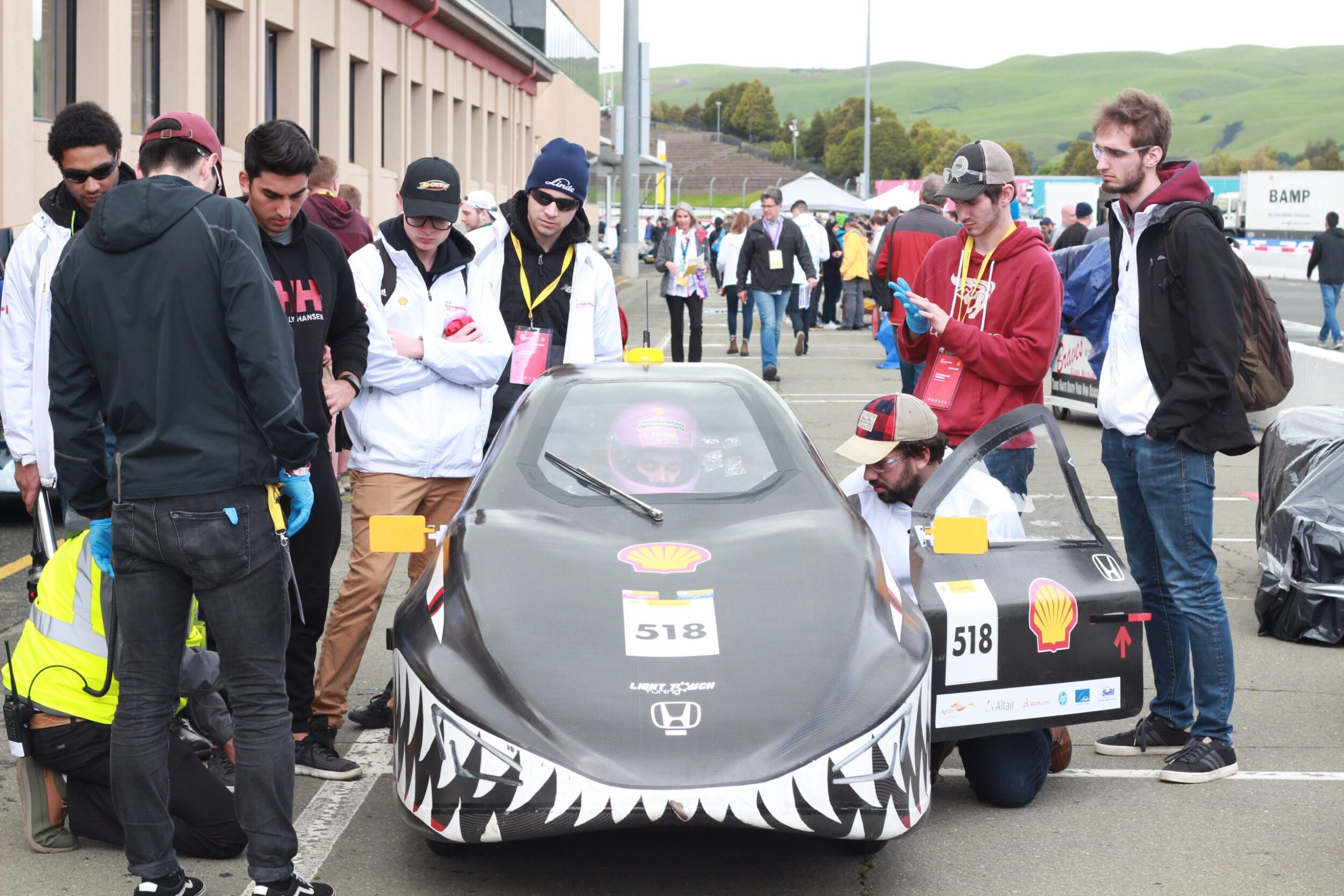 Transportation is one of the biggest sources of greenhouse gas emissions in our daily lives. Although there are ways to reduce your carbon footprint, such as biking, walking, or taking public transit, sometimes there’s just no way around it and you need a car to get you to where you have to go. That’s why energy efficiency and innovation is so important to the future of transportation.

The annual Shell Eco-marathon Americas is an energy efficiency competition where students compete to see whose custom-built vehicle can travel furthest using the least amount of energy. This year, the competition is taking place at Sonoma Raceway, in California, from April 1 to 4. The University of Ottawa’s Electric (UOE) Racing Team, which has been around for three years, will be competing to improve on their previous performance.

The team had originally competed in the Prototype category, which is essentially a proof-of-concept category to create a moving vehicle. The prototype vehicles look like torpedoes on wheels. They are made to be as light and aerodynamic as possible, using materials such as carbon fibre and aluminum. Last year, UOE Racing Team had one of the lightest vehicles in their competition, weighing in at about 38 kilograms.

“For this year, we moved to the Urban Concept category, which is more like a real car. It has headlights, turn signals, wipers, everything like a real car,” says Hassaan Zaki, team captain for the UOE Racing Team. “Luckily, we already had a vehicle of that type with another team, which was a combustion vehicle. I talked to the captain of the other team and we decided to merge the teams together and convert that car over to electric.”

In the move to a lower carbon future, innovation may make electric vehicles mainstream as a less carbon-intensive form of transportation. For Zaki, working on electric vehicles is about looking towards the future.

This switch from gasoline to electric was also a way for the team of engineers to get more creative and test the limits of their vehicle, says Zaki. The vehicle and all its parts are built in-house by students, who work hard to be efficient in their use of materials.

“One thing we really like to do is reuse and recycle our previous components. We’ve reused a whole bunch of aluminum that we’ve had over the years, just to keep that green mindset when we’re designing,” says Zaki.

In the past, they’ve reused whole subsystems, using old parts that fit into their new design. Other times, they’ve taken out the actual metal from a component and machined it down into something entirely new to make it work for their purposes. Zaki applies this approach outside the workshop to his own life and encourages others to look at what they can reuse or repurpose in their everyday lives.

“The neat thing is that if you reuse and recycle whatever you have, you can get a lot more life out of it,” says Zaki, “Something might look like scraps to someone, but if you look at it in the right way it can be put to a whole different purpose.”

The UOE Racing Team is unveiling their car to the public on March 10th, so if you’re in the Ottawa area, consider dropping by the University of Ottawa’s STEM Complex to learn more! Visit the UOE Racing Team’s website at uoeracing.com, and on social media @uoe_racing (Twitter), @uoeracing (Instagram), @UOERacing (Facebook) and You Tube at UOE Racing.

Shell Eco-marathon is a competition for high school and university student teams around the world providing a platform to get hands-on experience in achieving ultra-energy-efficiency. There are Challenger Events for the first-time teams, and Regional Events in the Americas, Asia and Europe for qualified teams. It’s a great way for students to work collaboratively to put their theories of energy-efficiency to the test, using cutting-edge technology, critical thinking, and innovation.